Marietta, GA – TRU-SPEC®, one of the leading suppliers of uniforms and personal equipment to the military, law enforcement and public safety markets, will be showcasing several of their new products, including their Urban Force TRU Pant, Shirt, Dress Shirt and Combat Shirt (available soon in the A-TACs Camo LE pattern); 24-7 Series® Pinnacle Shirt and 24-7 Series® Delta Pant at booth #1531 at the 2016 International Association of Chiefs of Police Annual Conference and Exposition at the San Diego Convention Center, in San Diego, California, October 15th – 18th.

The company will feature the TRU-SPEC® Urban Force TRU, designed in conjunction with law enforcement officers to encompass an approachable yet tactical style with a streamlined appearance. The Urban Force Shirt, Pant, and Dress Shirt are constructed of 65/35 polyester cotton fabric. The Urban Force TRU 1/4 Zip Combat Shirt sleeves are made of this same poly-cotton ripstop fabric, while the athletic fit body is made with drirelease® fabric for superior wicking, fast drying, and odor neutralizing properties. The Urban Force TRU is available in black, vavy, OD and khaki.

TRU-SPEC® is also highlighting the popular 24-7 Series® adding both pant and shirt options to accommodate the on-duty, off-duty lifestyle. New 24-7 Series® items include:

“At TRU-SPEC® we maintain an innovative and exciting approach to the apparel our first-responders wear,” stated TRU-SPEC® Vice President of Marketing, Darrell Jacks. “We not only want to offer our tier-one law enforcement units a line of trusted apparel that matches their performance, but to support all public safety and law enforcement professionals. The IACP Conference is a way we can personally thank each of those men and women who put themselves in harms way to ensure our safety.”

TRU-SPEC® is now one of the leading suppliers of uniforms and personal equipment to the military, law enforcement and public safety markets. The name TRU-SPEC® has become synonymous with quality, innovation and service as thousands of police, firefighters, EMTs and military personnel use and depend on our products daily. . Visit www.truspec.com or facebook.com/TRUSPEC to find a dealer near you. 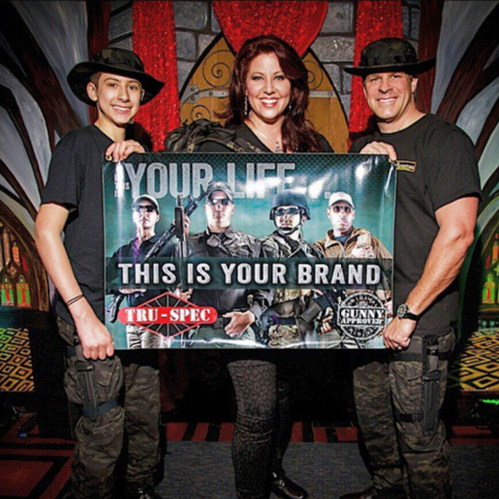 GREENVILLE, SC, October 4, 2016 – Creators of “Scaly Adventures”, an award-winning educational broadcast television series, announced today that they will screen the first episode of Season 4, “Gibbon ‘Em A Home” at a special community event honoring first responders and fallen Greenville Police Department Officer Allen Jacobs on Thursday, October 13, 2016 at Cedar Grove Elementary School in Williamston, South Carolina. Th e event will begin at 5:30 pm. Th e event will honor the work of first responders with special remarks by the cast of the series as well as presentations of items to the individual public safety departments for the town of Williamston, South Carolina by sponsors of the television series to include TRU-SPEC, Midwest Tongs, 5ive Star Gear, LazerWerk, and Bone Prophet, creators of the show’s music. The episode is dedicated to the memory of Officer Jacobs who was killed in the line of duty March 18, 2016.

“As television personalities, we feel that we have a responsibility to use our voice as a force of positive influence in our world and in our community.” says Richard Curren, co-host and director of the show. “To that end we have decided that the best place to share a message of positive support for those who serve our community was at a place where those they serve would be able to see characters they watch on television every week set an example of thanking and honoring these everyday heroes.” This led the cast to select Cedar Grove Elementary School as the site of the Season 4 premiere. In addition to the episode, special public service messages filmed by the cast with first responders will be shown covering such topics as staying in school, anti-bullying, anti-drug and inclusiveness messaging. Season 4 of Scaly Adventures will launch on the Daystar Network worldwide on Saturday, October 15, 2016 at 12:30pm Eastern Standard Time.

Scaly Adventures is a broadcast television series created, filmed, produced and distributed by the Curren family: Richard, Tanya and Pierce of Greenville, South Carolina. Beginning with clips posted on YouTube, the family has grown Scaly Adventures to a broadcast television series seen weekly around the world on the Daystar network and multiple additional networks in the US and abroad. In 2012, Pierce Curren was the youngest person in the world hosting an internationally broadcast television series in the Animal/Adventure genre. The show focuses on adventure and animals by filming on location with a variety of venues to include police departments, zoos, private animal collections and public entertainment facilities. Scaly Adventures has featured such prominent locations as Dollywood, Biltmore Estate, Tiger World, American Eagle Foundation, Edisto Island Serpentarium, Knoxville Zoo, Zoo Atlanta, Rock City, Ruby Falls, Safe Haven & Educational Adventures, Ripley’s Aquarium, Monkey Island Rescue, University of Tennessee’s Veterinary College of Medicine, Kentucky Reptile Zoo and the Marietta GA Police Department. Additionally, the cast of Scaly Adventures regularly visits schools, community functions, children’s hospitals and other venues sharing a positive message to young people encouraging them to live a life of passion and purpose by following their dreams.